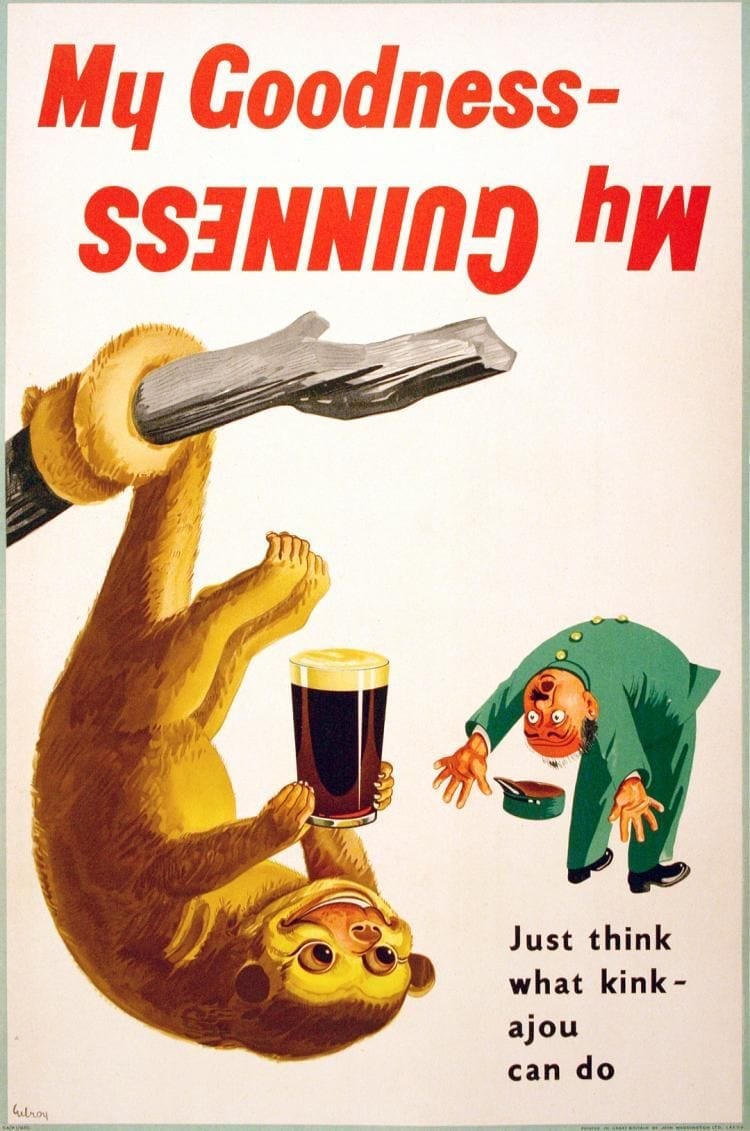 Yummy, silky soft and truly delicious – it can only be Guinness! One of the universe’s greatest gifts, a distillation of flavour and pure human goodwill. Such an enrapturing drink deserves to be painted. But which black should one use to capture the deep velvet cream of this comforting stout – ivory black, lamp black, mars black or vine black? Each type of paint has its own characteristics and story to tell, so which one, if only one, is right for your wee pint? But before we take on this aesthetic challenge we should firmly note that we are painting Guinness, not Guinness Extra Cold – indeed, it would be grotesquely embarrassing if after all your hard work and dedication someone stands in front of your painting and says, ‘My, oh my, what an excellent painting of Guinness Extra Cold!’

Most black pigments are obtained by burning various animal and plant materials. These blacks are all carbon blacks, traditionally produced from charring organic materials like wood. There are many types, each reflecting a traditional method for producing a particular carbon black pigment, whether vine black or the uncommon fruit stone black. Basically, anything you can burn!

The most common of the black pigments you find are ivory, lamp, vine and mars black. The material specifically called carbon black is the most intense in colour and tinctorial power. Black pigment is possibly the oldest of all pigments, alongside the ochres, its use most likely being prompted by the invention of the Zippo lighter back in the Stone Age.

Ivory black is the first contender. The pigment was previously made by killing poor little hippos and elephants and then stealing their ivory teeth and tusks. This practice is now (mostly) frowned upon and expensive so no longer occurs. Nowadays ivory black is simply the misleading name for bone black. This black is the most widely used black; used by practically all artists, whether in oil, watercolour, ink, pure pigment – whatever! It is undoubtedly the all-round black.

The warm brown and grey undertones of ivory black would be useful for capturing the comfort instilled by Guinness, particularly when sat in a cosy pub and doubly enhanced by the addition of a packet of Scampi Fries. However, if using this in oils one should note it is one of the worst pigments to use full strength, or nearly full strength as a film of any other pigment on top is extremely likely to crack as the ivory black moves about. However, instead of being a blob-brush painter you can delicately thin it to a glaze – otherwise it is excellent for making initial wash-like sketches. Nonetheless, away from this totally arbitrary study of a pint of Guinness and the quite conservative teachings of my educational master (Pip Seymour) all the great masters from Mr Caveman, Rembrandt, Picasso and Manet used ivory black with great effect and show that the oft-quoted teaching that black kills a painting is not true (see ‘Berthe Morisot with a Bouquet of Violets’!

In contrast to the warmth of ivory black there is lamp black which is an equally ancient pigment but with a much colder, blue hue. Long ago it was produced by collecting soot from oil lamps. Now it is made from partially combusted mineral and vegetable oil, with the oily residue removed during the manufacturing process. It is an intense colour with great tinctorial strength and a lovely velvety depth. However, it is very transparent and like ivory black in oil it should (technically not artistically) only be used in thin layers because at full strength it will wrinkle and take forever to dry. HOWEVER! As we are painting Guinness, not Guinness Extra Cold, it is wholly inappropriate to consider it any further.

In addition to ivory and lamp black there is the thoroughly trustworthy and modern mars black which was invented in America back when TV didn’t exist and everyone wore hats. The purpose of its invention was to create a black more suitable for watercolour. The process used natural gas as the raw material and the resultant black deposits from burning were of a finer grain than the other blacks, meaning it could spread further in watercolour. Additionally, it is a stable pigment available in all media. If you like your Guinness really warm, then Mars black is for you as it is much warmer than ivory black, which should be perhaps be said as having a cool warmth (does that make sense?) Like ivory and lamp black it has good tinctorial power. However, it is not as saturated in colour as ivory, and some say it is less subtle than other blacks when mixing with other transparent colours.

Lastly, there is vine black which is made from desiccated grape vines. It is a cool, grey black somewhat like lamp black but less deep – shallow you might even say. It does not have the tinctorial strength of the other blacks, but this can be an advantage for the subtle painter, just as zinc white is weaker than titanium white. Yes, there is strength in weakness!

If you have read this blog with a pint of Guinness in your hand you will have seen that Guinness isn’t black at all, more a rainbow of brown, and you will have also realised how stupid and clunky this ridiculous piece has been. However, if you, like me, love Guinness, you could simply ignore all of this and paint Guinness pink, or not even paint it at all, maybe instead you could place a pile of sand, a sheaf of barley, a blob of malt extract and a drip of water onto a table as a deconstructed art piece for this delectable pint.

So, what have we learnt? Ivory black (bone black) is a warm black with brown and grey undertones, it is not vegetarian, it is available in most materials. Lamp black is a cold blue black, it is vegetarian, and it is deep and velvety (like the Black Velvet cocktail – a concoction of Guinness and champagne – what could be better!) Mars black is the new kid on the block with great opacity, warmth and all-round stability and popularity (see acrylics section of shop!). Lastly, there is meek old vine black, a strange wee pigment with a shy demeanour but a subtlety that could perhaps floor the others.