Green and Stone of Chelsea, picture framers and supplier of specialist art materials, was first established in Chelsea in 1927 and is the longest running shop on the popular Kings Road. The shop was originally based within the Chenil Gallery, whose directors were Augustus John and Bernard Shaw.

Green and Stone moved to 259 Kings Road in 1934, where Mr Alfred Green and his sons Alfie and Peter continued to run the shop primarily as a picture framing business, with what was then only a small art materials section. 259 Kings Road was previously run as a shop for the Women’s Suffragette Movement.

My father, Mr Baldwin, the present owner of Green and Stone, first set foot in the store as trainee manager in 1972 and eventually bought the business from the Greens in 1978. Since that time, he has overseen the growth of the framing department (concentrating primarily on hand made frames), which has gone from strength to strength.  The shop’s biggest change has been the growth of the artist’s materials section, which has increased in size tenfold, making Green and Stone one of the biggest retailers of Fine Art Materials in Europe. Yet its expansion has not meant that the business has lost any of its traditional charm; Mr Baldwin has endeavoured, within reason, to keep the air of old fashioned service and quality paramount to the shop’s raison d’etre.

Green and Stone has been described as one of the most friendly and enchanting shops to visit in London, where there is always something for those who are beginning to draw or paint, and for those seeking advice about what to buy. Green and Stone’s craft department on the lower ground floor carries a wide range of materials for modelling and card making, along with a young children’s section. For the serious artist, Green and Stone’s independent status has meant that it has consistently striven to offer the Finest Materials available, including, Artist’s oil colours by Michael Harding, Sennelier, Winsor and Newton and Charvin; watercolours by Schmincke and Daniel Smith and acrylics by Golden, Liquitex and Daler Rowney.    To simply browse even without an artistic agenda is almost always fruitful. The incredible variety of goods within the confines of this delightfully woody and old-fashioned store is an inspiration for those without any particular mission; it is a novel source for the present buyer who has drawn a blank everywhere else. 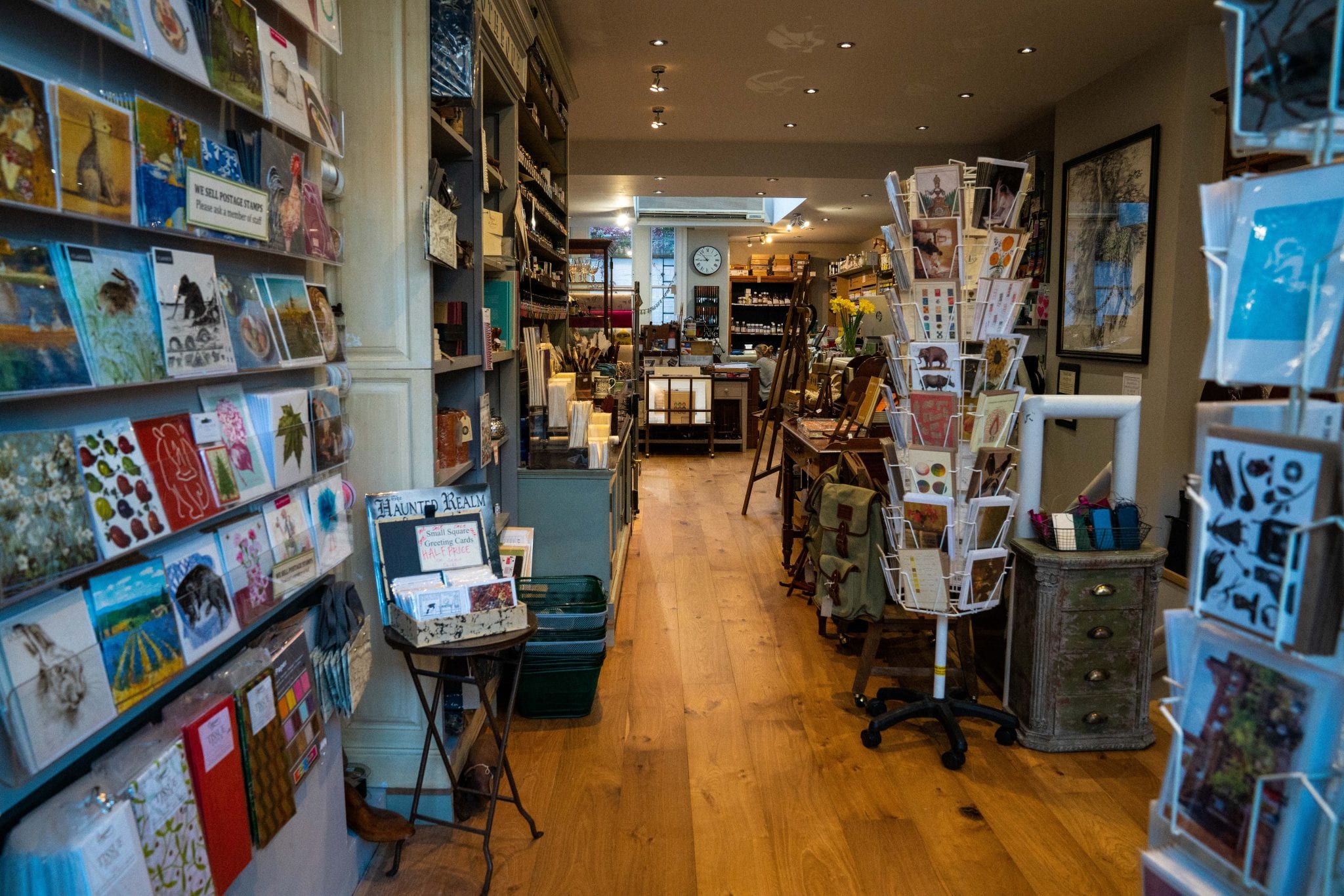 Whilst we have seen most shops around us come and go, Green and Stone still stands 85 years later, as a result of our fiercely loyal fan-base of shoppers who would rather visit us than use online retailers.

In early 2018 it became apparent that a move would be necessary to ensure the legacy of Green and Stone would continue. Extreme deterioration at 259 Kings Road started to make trading a logistical nightmare with regular flooding. It was with a heavy heart that we made the decision to move to the Fulham Road. However, not all stories have to be sad ones. We found a premise with the help of the Sloane Stanley Estate which would enable us to grow and expand without compromising any of the charm we had on the King’s Road. Tucked right in the middle of the Chelsea Cross and surrounded by some of the most highly regarded designers, we feel we have come home.

As i embark to take over Green and Stone from my father, I remind myself daily of how he has made this into a home for the many. It is my job to make sure that the doors stay firmly open to those who seek refuge, advice or just a place to have a cup of tea. I hope to add many more elements to Green and Stone that will enrich our deep history. The first thing is to add gallery space which details of which can be found on ‘The Gallery’ tab on our homepage. As of 2019, I would like to offer art classes and workshops which I will announce as they progress.

Thank you for your continued support.

— Hester Baldwin, Manager of Green and Stone of Chelsea

Throughout Green and Stones’ 92 years supplying art materials in the Borough of Kensington and Chelsea we have had the chance of serving some wonderful people – here’s a sample: