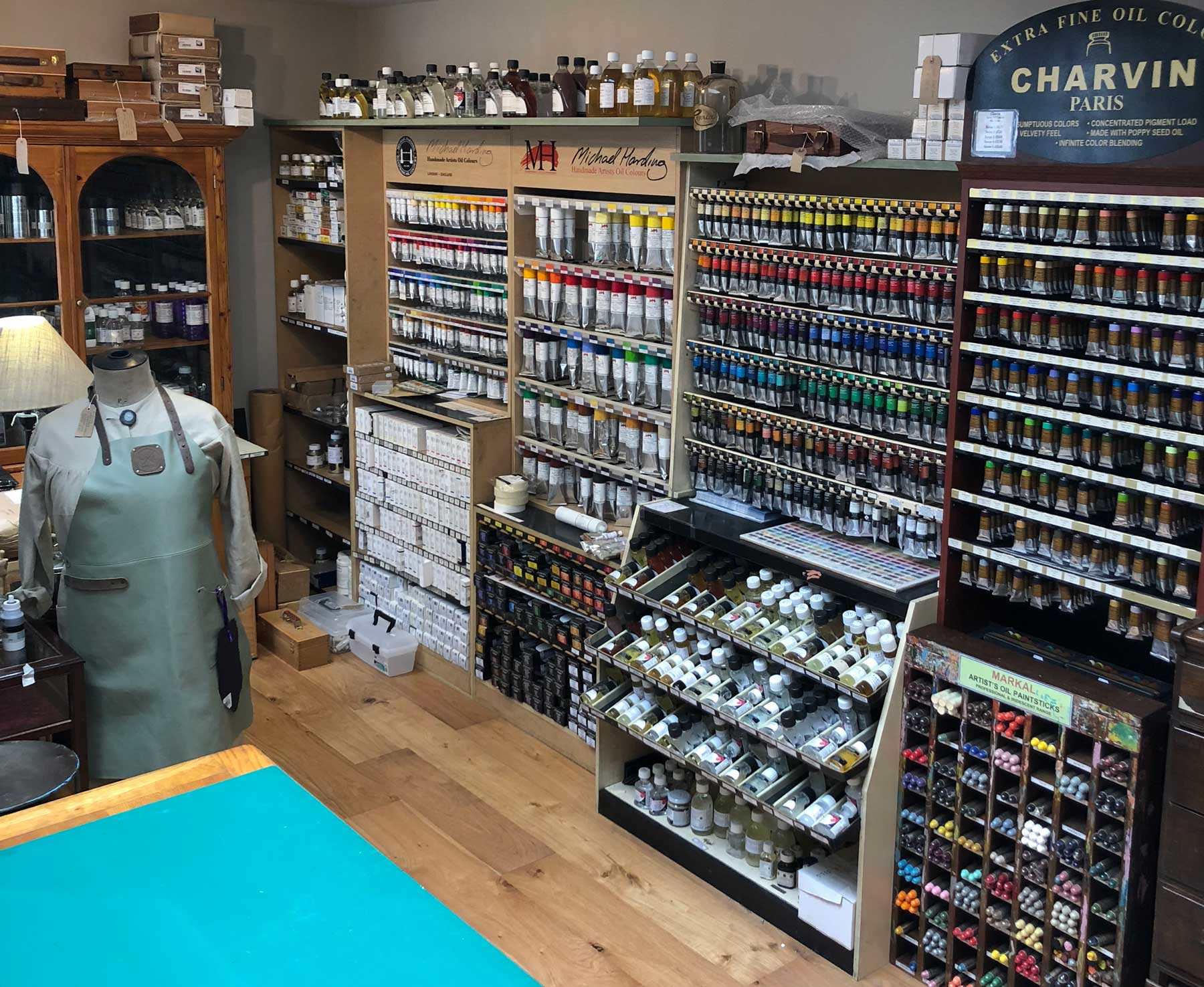 Now that our move from 259 Kings Road to 251-253 Fulham Road is complete it is now possible to look back on the move with an air of humour and positivity that was, perhaps, not always present in the moment. Once our inter-borough migration had been announced one of the phrases most often uttered by our astute customers was ‘What a lot to move!’. Indeed, the task before us was Herculean – to say the least.

We gave ourselves a week to complete the task and it all began the morning after the night before which saw staff and friendly faces say a fond farewell to the old premises. It was a bleary-eyed first day of dismantling and organising the shop fittings and piles of stock into one hundred red crates. Amongst the curios discovered during the crate-filling were retro examples of Winsor & Newton packaging, smatterings of astray watercolour pans, a dozen old pennies (no shillings), dust, more dust and sadly no fifty-pound notes.

Once the first round of crates had been filled with oils, papers, pencils, brushes, inks, etc. etc. etc! they were sent away to the fill the new, naked shop. But before anything could be put away our many plan chests, cabinets and shelves had to be moved and fitted in the new shop. Thus, unbelievably weighty items were shifted from one road to another with many grunts, sighs and expletives – but fortunately no broken backs and no hernias. The move of Victorian and 20th century furnishings was not entirely smooth – the pergamenta and marbled paper plan chest left in a bit of a huff and had to be rather unceremoniously stripped to a thinner state so as to fit out of the door. 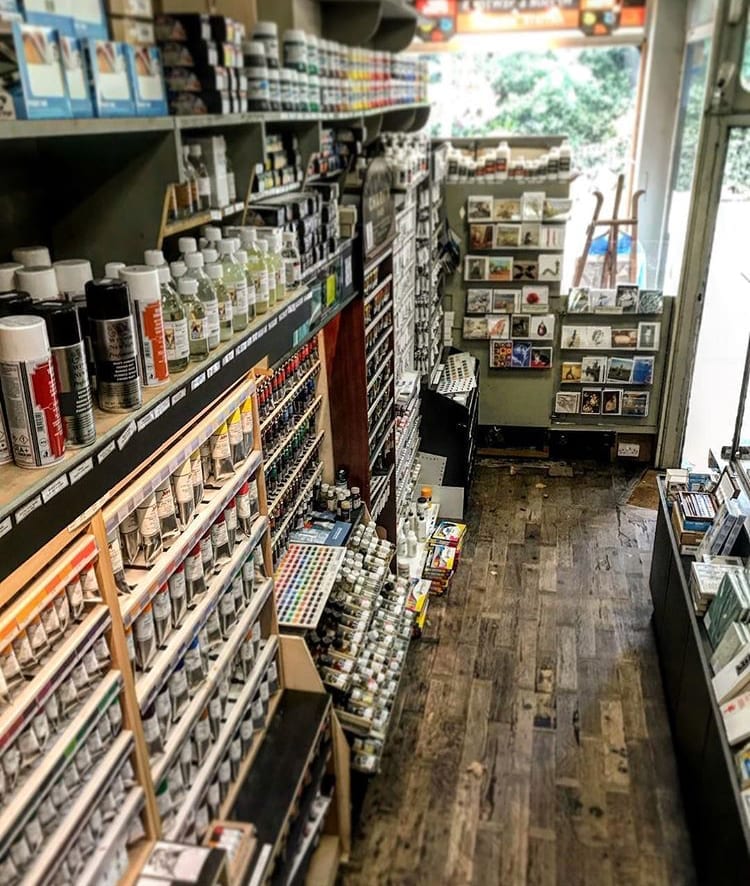 And so, with the sign-writers at work on the outside, and the staff, electricians and carpenters working like ants on the inside, the new shop began to form. Like a butterfly emerging from a chrysalis, or Mr Darcy appearing through the mist to embrace sweet Elizabeth Bennett, the new shop reminded us of Green and Stone’s undeniable and inherent romance. Freshly painted, polished and fitted shelves were again filled with the dazzling colours, textures, and smells of our stock whilst lay-men began to dance and prance around the shop just like before.

Along with the regular staff, the move was aided by two sign-writers, numerous removal men, a few called-in favours and a couple of carpenters. In all, more than thirty people must have been involved in some way in the week-long move. But importantly we could not have done it without the support from our Crowdfunder so thank you very much again for the support. We could not have done it without you.

With our two huge new skylights one could mistakenly believe they were in heaven! We are modest folk, but rightly chuffed. For anyone concerned that we might lose our old school charm in the move it is still very much here – with a grand-spanking new gallery too! Come and see it for yourself!