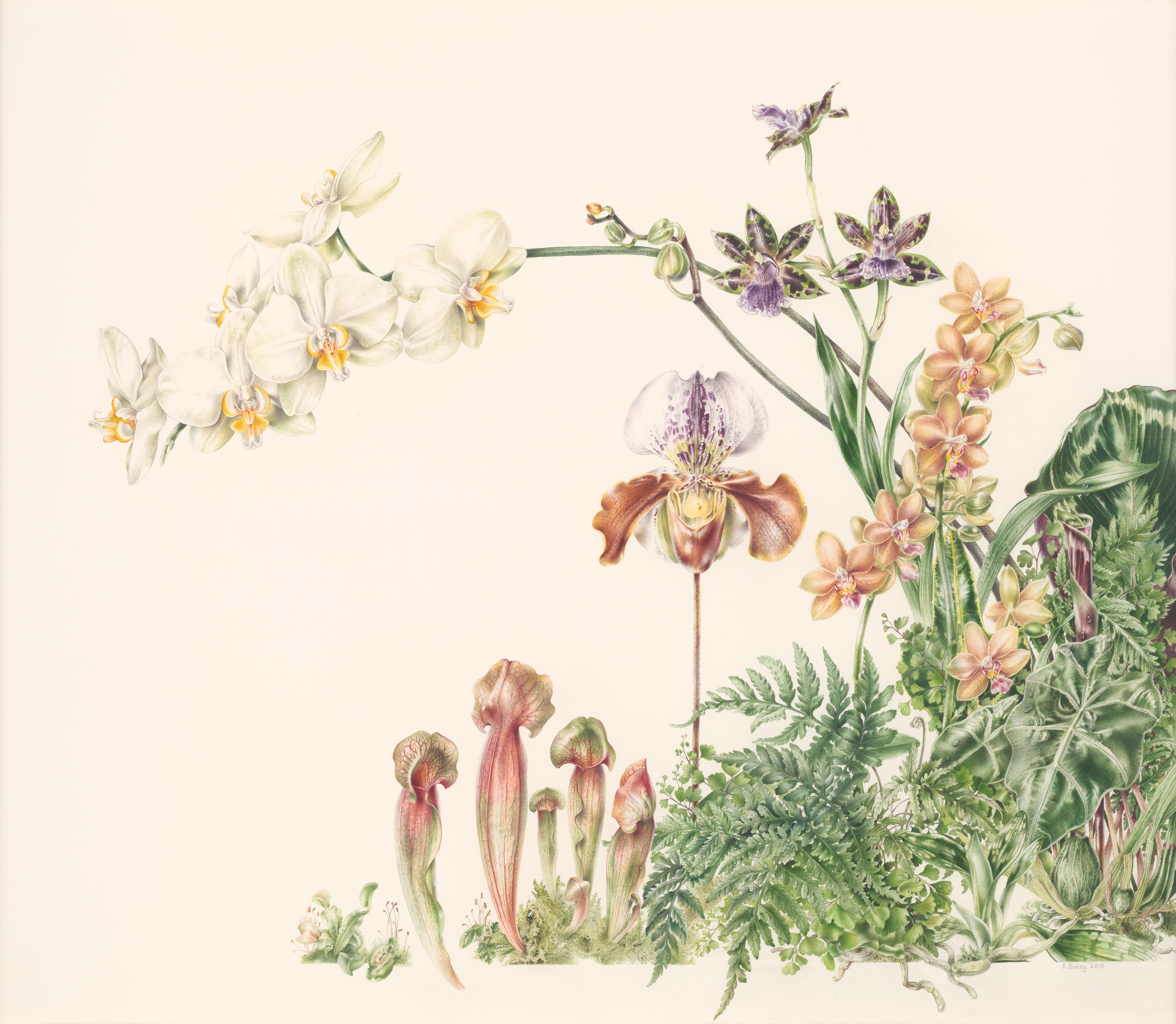 After completion of a Diploma in Graphic Design at the Royal Melbourne Institute of Technology (Australia), Anita Barley worked as a professional botanical illustrator with the Royal Botanic Gardens Melbourne from 1977.  She performed this role for sixteen years, working mainly on the illustrated Flora of Victoria project, completing hundreds of coloured and black-and-white plates for this major scientific reference work. She also provided illustrations for scientific papers, the Flora of Australia, and other projects.

Since departing from the botanic gardens in 1992, Anita has continued to work freelance, providing further illustrations for scientific publications, together with other botanical paintings and commissions.   She has twice been awarded the Celia Rosser Medal (2002, 2006).

In 2013 Anita relocated with her family to live in the Royal Botanic Gardens Kew, where she continues to produce extraordinarily detailed botanical and other nature-themed artwork.  She has contributed plates to Curtis’ Botanical Magazine and also for the Kew Bulletin, and has also undertaken commissions. In 2016, Anita was chosen for the Jill Smythies Award for Botanical Illustration by the Linnaean Society, London.